Welcome back! I hope you’ve all been achieving all your reading goals, and if not! Oh well! Goals aren’t everything, you know? And if you have stuck to them, YAY, that’s so exciting and I hope you’re proud of yourself.

Today I thought I’d share my review of Scythe by Neal Shusterman, which came out early this month for Australia – which is exciting. I’ve always thought that most American books are just immediately published in AUS/UK as well, so I was really surprised to see that it’s only now been released. As per usual, my reviews are spoiler free unless stated otherwise. HOORAH.

Before we move on, just wanted to say a massive thank you to Walker Books Australia for kindly sending a copy of this book my way. This of course, does not affect my opinion of the book in any way.

What if death was the only thing left to control?

In a perfect world, the only way to die is to be gleaned by a professional scythe. When Citra and Rowan are chosen to be apprentice scythes, they know they have no option but to learn the art of killing. However, the terrifying responsibility of choosing their victims is just the start.

Corruption is the order of the day and Citra and Rowan need to stick together to fight it.

Then they are told one of them will have to glean the other. 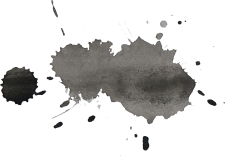 I finished Scythe in a matter of days. Once I got into the writing style and the plot and I couldn’t put it down. Scythe is the first book in a duology(?) and is completely unique, with a setting of a perfect world, unlike most YA dystopias where the government collapses one third into the novel. People can live as long as they want, no one dies. Disease is a thing of the past, and education has never been better. Who wouldn’t want to live in that world? I mean come on, I bet even Netflix is free. SIGH.

The idea of gleaning really intrigued me. We learn throughout the first few chapters that Scythes have a job to kill, to avoid over population. One of my favourite parts of Scythe was how simple and clear the rules – or rather, the commandments – of Scythes are. There wasn’t any questioning or confusion involved. It was really easy to note when a Scythe disobeyed a rule or tried to create loopholes. That said, the use of some ‘loopholes’ became increasingly frustrating as the novel went on.

I also loved the journal entries and the logistics of the Scythes. It definitely helped me, as a reader, understand how stressful being a Scythe would be. I loved that Scythes couldn’t just kill anyone for any reason. Everything was calculated and thought out. And I really appreciated seeing that side of how everything all works.

As far as writing goes, I struggled initially. I felt like the story was missing something? Maybe I miss humour too much, but the only ‘funny’ character was honestly annoying. Citra and Rowan felt extremely flat, and it wasn’t until after the first major plot twist that I started to see some development in their personality and presence. Seeing them grow was literally a blessing, and I started to love them and their voices so much more.

The plot was also a bit to predictable for my liking, but this could definitely be a result to having read young adult novels since year eight – which is way too long ago for my liking – or maybe I’m just better a picking up hints these days.

Overall, I really enjoyed Scythe, the more I read, the more I enjoyed it. I found myself constantly intrigued by the plot and where Shusterman was taking it. The characters slowly came to life, and I loved them in the end.

I ended up giving Scythe a 4-stars out of 5. The ending was everything I could have asked for – and it definitely made up for how flat the characters were at the beginning – and  I’m genuinely excited to Thunderhead when my next audible credit rolls through. If you like violence, minimal romance, and thought-provoking content, pick this one up! 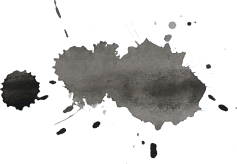 If you pick up Scythe, don’t forget to tell me your thoughts. I’ve also been lucky enough to share this special interview with the author himself, thanks to Walker Books AUS.

What one question would you want to ask your favourite author? Let me know down below.

Tell us something hardly anyone knows about you.

I like to write longhand before entering it into the computer – and I use a fountain pen.

Where did the idea for Scythe come from?

After so many years of teen dystopia, I wanted to do the opposite. Instead of a story about the world gone wrong, I wanted to explore the consequences of the world gone right. What happens when we, as a civilization, get all the things we say we want?

What is your favourite book?

Hard to pick just one. But if I had to, it would be A Prayer for Owen Meany by John Irving.

What inspired you to become a writer?

The books I read growing up, the teachers who encouraged me along the way – particularly an English teacher I had in 9th grade.

How did living overseas as a teenage influence your writing?

It made me feel like a citizen of the world, and that nothing was beyond my grasp. I honestly don’t think I would have had the nerve to think I could be a writer without that experience.

If you were to become a Scythe who would you choose as your patron historic?

What book do you wish you had written?

Ender’s Game. But here’s the thing – Orson Scott Card had asked me to co-write Ender’s Shadow with him (a retelling of Ender’s Game from the character Bean’s perspective). In the end, however, he decided to do it himself instead – although he gave me a really wonderful mention in the foreword. After reading Ender’s Shadow, I was glad I didn’t write it, because if I had, I would have been robbed of the pleasure of reading it!

What is your favourite word and why?

Brouhaha. It’s just a funny word, and my books create quite a brouhaha!

Describe your writing style to us in ten words?

Thought. Provoking. Enough. To. Keep. You. Up. All. Night. Pondering.

What is your favourite writing snack?

Can you tell us a little about your next project?

It’s called DRY, and it’s a story about what happens when the water runs out in Southern California. It’s predicted to be bad. I co-wrote the book with my son, Jarrod, and it follows several kids during the first week without water, when twenty-three million people basically become water-zombies, willing to kill for water. It’s kind of a zombie apocalypse story, but a real one, and that’s what makes it so scary. Naturally we’re watching very closely what happens when Cape Town, South Africa runs out of water. . .